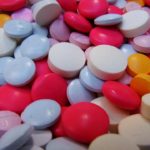 Recommendations & future directions from the pill testing pilot are as follows:

1.    That further front-of-house pill testing, as part of a commitment to harm reduction services, be supported in the ACT.
2.    That appropriately sized and signed facilities for front-of-house pill testing be negotiated with all relevant stakeholders in a timely manner prior to events.
3.    That Australian state and territory governments engage in discussions with their relevant ACT counterparts on the introduction of medical and peer based front of house pill testing services.
4.    That Australian state and territory governments utilise the significant practical and strategic knowledge of the STA-SAFE consortium in their deliberations on the introduction of pill testing.
5.    That the federal government take a national leadership role in advancing a mixed-model approach to pill testing as a harm reduction service across Australia, where front-of-house testing services are delivered on site at music events and festivals, as well as at fixed locations, such as participating public health, drug and alcohol and needle and syringe programs.
6.    That all levels of government work together with the STA-SAFE consortium to establish a national pill testing evaluation framework, as well as an ongoing public early warning system (EWS) of all drug test results.

Full report may be found here